The nyckelharpa
"The Alban Faust Model"

After several years of collaboration with instrumentmaker Nupi Jenner, I can now offer nyckelharpas built in his workshop in Vienna / Austria. The harps are built according to my ideas and requests. Sold exclusive by me. 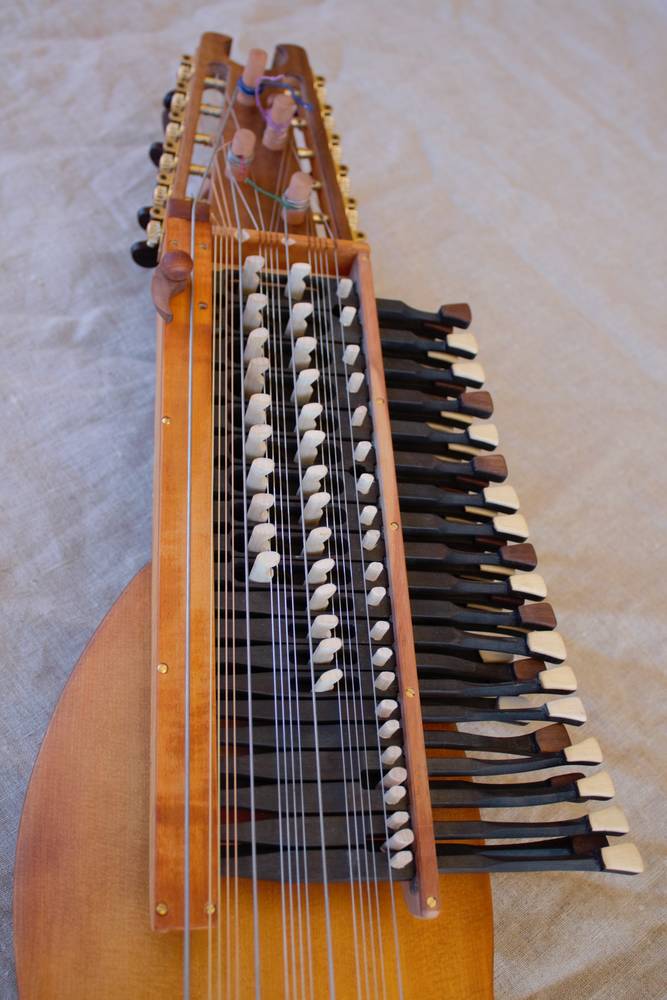 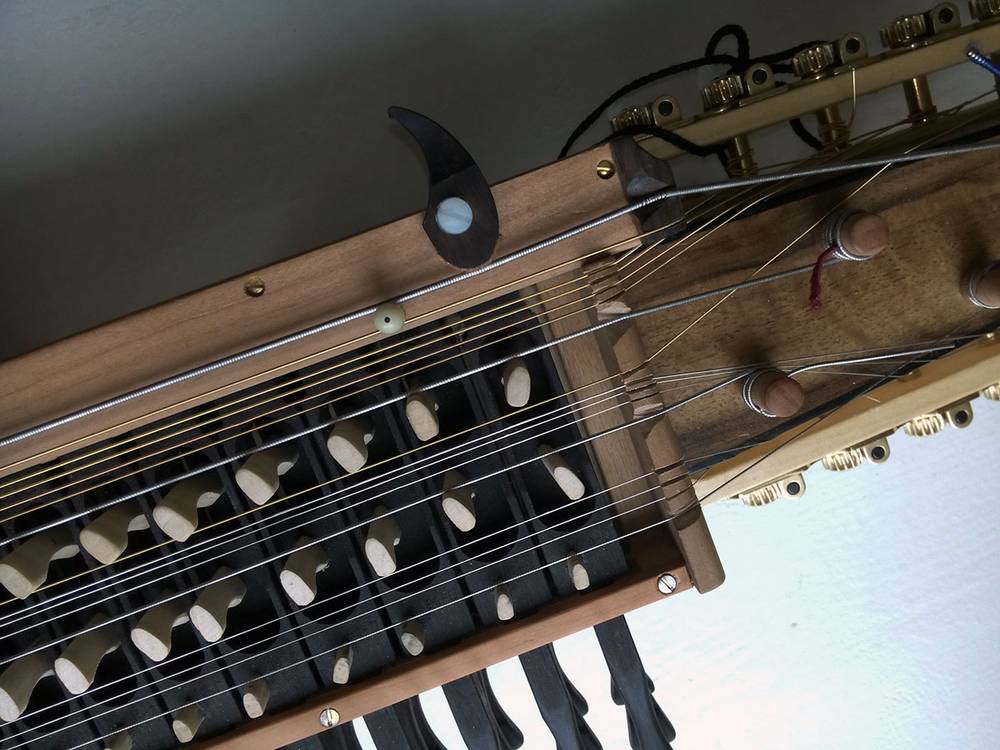 At last a real nice nyckelharpa!

A well thought-out instrument with balanced sound. Works flawlessly. In short, a very solid and precise construction. The design is born out of decades of intensive play and exploration of the instrument and its capabilities.

The nyckelharpa is a more than a thousand year old instrument that has gone through many changes. My nyckelharpa is a further development of the so-called three-line "chromatic" nyckelharpa, which I consider to be the most interesting model for both solo play, for drone and polyphonic music.

The following items, in addition to the appearance and function, are particularly important for me:

A slightly simpler model of the same instrument with a "normal" number of keys is planned. Drone switch or capo system will be optional.