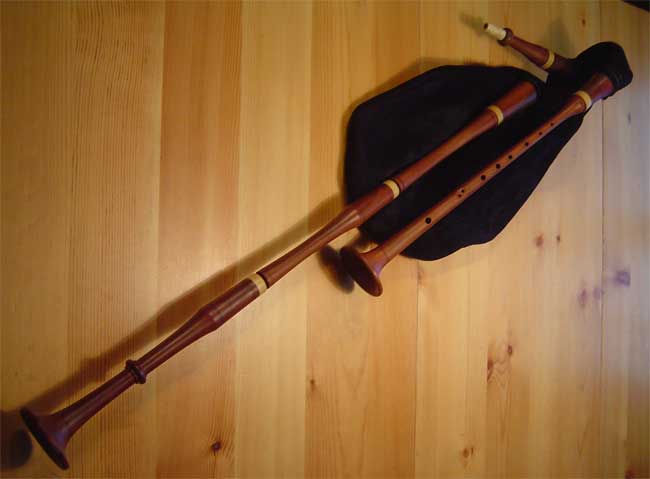 When I developed my Medievalpipes I wanted to build an historical instrument with the typical appearance and sound of that era
but at the same time something which considerably increased the musical possibilities.

The Medievalpipes have a beautiful medieval sound funnel,
which works, to some extent, as an amplifier.

The instrument is usually built in the following keys: 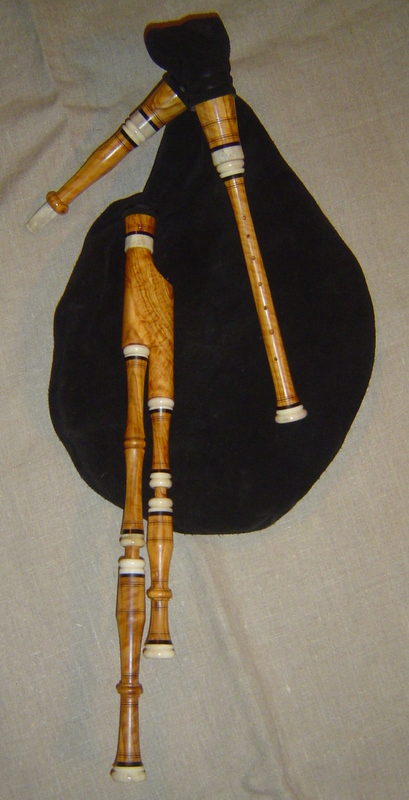 The Hümmelchen is a smaller, soft renaissance bagpipe. My model is a relatively free reconstruction after M Praetorius’ drawing from the book Syntagma Musicum (Wölfenbüttel,1519). The instruments’ chanter is similar to a curved-horn in both sound and construction (but not in appearance, it is not curved) it is cylindrical drilled and the sound is produced by a relatively large double reed.

The drones are usually tuned in fifths but even octave tuning is possible, or as a student model with only one drone. 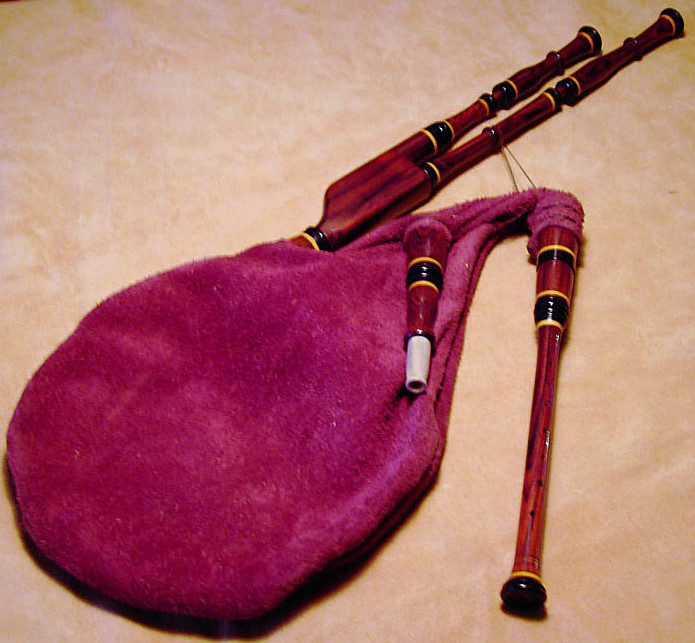