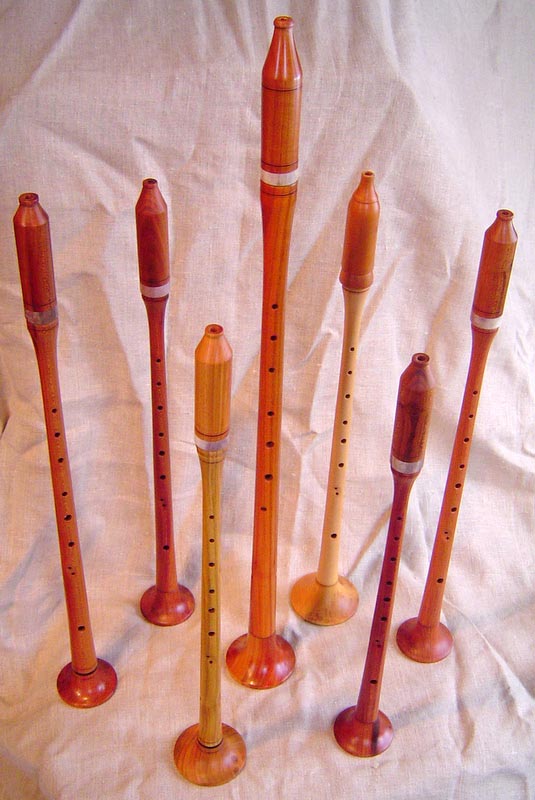 A shawn is an early type of oboe, which was mainly used during Medieval and Renaissance periods.

They have, exactly like the Medieval-pipes, a typical medieval sound funnel, which works, to some extent as an amplifier.

The shawns are built in the following keys (6-fingering/3-fingering):

My shawns, which are naturally available in different kinds of wood, are usually delivered with a plastic double reed, which has an almost unlimited length of life.
(Ale M. has played on the same reed for more than 10 years…)